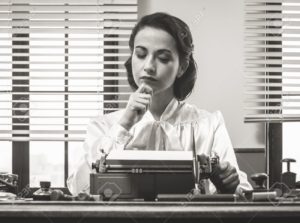 “I think of it as one of those radioactive M-words, along with Mother, Money, Marriage, and Madness. Words that set off tripwires in our memories, that light up stories that are impossible to forget, the way a PET scan lights up cancer cells. A word that is difficult to discuss in mixed company: people in relationships where monogamy is not a shared commodity. A word linked so intimately, so naturally, to the I-word, infidelity, that it can cut to the bone.” READ THE REST

WALL STREET’S NEGLECTED MASTERPIECE – Dubuffet’s Group of 4 Trees. Mr. Beller’s Neighborhood Nov. 28, 2021. “Near the southern tip of Manhattan are a modern masterpiece and a trove of public sculptures by major 20th century artists that are hiding in plain sight. The first one that came to my attention – and the one that has my heart – is 43 feet high and painted black and white with a childlike whimsy. It’s in need of some TLC, and like so many stories these days, my connection to it springs from the contortions of COVID-19.” READ THE REST

COVID Diary (The Designated New Yorker): Salmagundi, No. 210, Spring 2021. “When I check in with F., she’s on her treadmill, watching the news and crying. She was at two orchestra rehearsals last week and the conductor kept saying, “It’s just the flu!” One musician said she liked the idea of playing on the Titanic.
“Can you fucking believe that?” F. said. “The Titanic? And then the concert was canceled.”
It is not a good sign when the Titanic – the ship, not the movie – becomes a frequent reference point.”

Poetry, Prose and Longing: The Memoirs of Honor Moore: Salmagundi:, No. 208-209, Fall-Winter 2020-21. “I think it was John O’Hara who said we can never know the truth about anyone else’s marriage, but that didn’t stop a daughter of this one, the eldest of nine, from trying. Honor spent about a dozen years researching and writing these two volumes. She began her excavation of her Boston Brahmin family, which included a founder of Radcliffe College, with The White Blackbird (1996)…

Bill + Monica + 20 Years = #MeTooAF, Salmagundi, No. 204-205. Fall 2019. “It’s easy to carp and criticize, to tweet and retweet the scandals and outrages of the day. In all this high emotion, let’s not lose sight of the goodness and beauty in our midst, the bright moments in the darkest hours. As we pause on the 20th anniversary of the impeachment of Bill Clinton…”

“Do You Come Here Often?” Kitchen Work, Issue 2, Winter 2017. “In a long career of writing just about anything for money, I was once hired to ghostwrite the recollections of Senator Ted Kennedy’s personal chef in Hyannis for a coffee table cookbook. The chef had an illustrious collection of stories involving cooking for the Kennedys, but he was a better cook than a raconteur. It was my job to translate his star-studded tales into heartwarming, high gloss anecdotes that were layered into the book between recipes and color photos of the food and the family.” Notable Essay, BEST AMERICAN ESSAYS 2018.

Scandal Mad and Boy Crazy, Salmagundi, Summer-Fall 2017. “Into each life a little dreck must fall. Or, in the case of Scandal, a torrent, a waterfall, unless I exercise extreme caution and keep it out of the house entirely, which means keeping my trigger finger from typing ‘Netflix.com’ on my laptop’s browser, and then clicking on the Scandal logo….”

The Diary Thief Real Simple, August 2015. “An ordinary moment in a 13-year-old girl’s life: unpacking a trunk on returning from summer camp. I’m in our Manhattan apartment with my parents and sister, sifting through a season of clothes, when something goes awry….”

What We Talk About When We Talk about Money Salmagundi, Spring 2015. “In this corner is my kindly grandfather, who liked to say, when the subject of our not having enough came up, “It’s just money.” In the opposite corner, a different message from my mother, who longed for so much: “All you need is money….”  Notable NonFiction, Pushcart Prize XLI 2017

Conversations with Women Who Miss Their Mothers, Huff Post, May 1, 2013, “The orphans of literature are lucky. They have no one telling them when to do their homework, what time to go to bed or not to talk to strangers.From Cinderella to Pippi Longstocking, and from Mary Lennox in the Secret Garden to Margot Livesey’s Flight of Gemma Hardy, children without parents, and especially girls, roam the landscape in droves. It’s not surprising: orphanhood gives writers a blank slate to fill with adventures, drama and personal transformation. The parentless must explore new worlds and invent new selves, or wither on the page. But in real life, orphans are not so lucky…

Mentors, Muses & Monsters, Tin House, March 1, 2012. “This is my belated Valentine to Tin House and its editors, for doing so much to bring into the world Mentors, Muses & Monsters: 30 Writers on the People Who Changed Their Lives. The anthology changed the lives of many of the contributors and, from what I hear, of many readers. And it’s just been published in paperback, after a long trek from life between hard covers.”

The Rockettes Revisited, Huff Po, Dec. 31, 2008. “Before I knew from high, low and middle brow, there was Radio City Music Hall. Before bling, bra-burning, post-modernism, and even before men who walked on the moon, there was Radio City Music Hall. It opened in 1932, and the chill in the air these days feels an awful lot like it must have back then. What better place to hide from hardship than a palace to which nearly everyone is invited?”

What I Learned About Sex on the Internet
Daedalus, Spring 2007 Read the essay in the magazine with an account here.

A Friendship Born in the Turbulent Age of Aquarius
The New York Times, January 17, 2006

Getting Naked in Print–The Art of the Highbrown Confessional
The American Prospect, March 1, 2004

Past Perfect Massachusetts
These United States: Original Essays by Leading American Writers on Their State Within the Union, edited by John Leonard (2003)

In the Literature of Addiction, Life’s Always a Gamble
Boston Globe, June 27th, 1999

He treats life as fragile, to be handled with care
A review of A Sport and a Pastime and Light Years, by James Salter
The Philadelphia Inquirer, Feb 2, 1986

Still the Babysitter, After All These Years
Barnard Magazine, Spring 2000